TuttAPPosto – Soundtrack
→ ←
A hard challenge was to realize a 7min short in 48 hours. Apart from the rush of working against the deadline, the final quality was crucial.
←→ 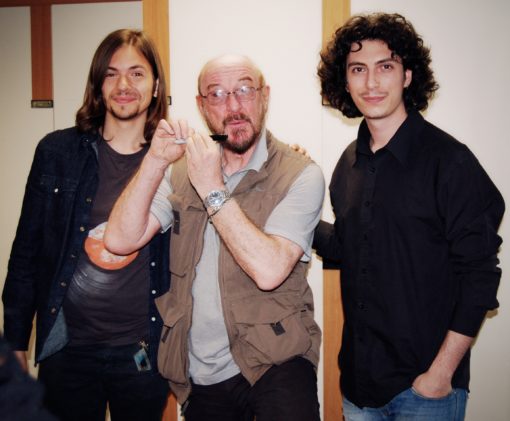 A hard challenge was to realize a 7min short in 48 hours. Apart from the rush of working against the deadline, the final quality was crucial. In fact, all the short films I have participated in as a composer have turned out to be outstanding both graphically and musically.

Talking about music, the whole soundtrack had to be composed and produced within 7 hours and the composer knew nothing about the plot and its atmosphere until the first editing was ready for him to set to music it.

I participated in the 2014 short “Condoglianze” and in the 2015 short “Babbo vs Natale”, both produced by Mirelatives Pictures and directed by Giuseppe F. Maione. During both the contests we won some awards like those related to the best costume, the best photography, the best sound design and finally the best soundtrack.

Working on “Condoglianze” has been so much fun because it’s been entirely realized without dialogs and the orchestral composition has been made up of piano solo. It’s been necessary to work for an entire night and for some additional hours in the following morning in order to mix the music together with the audio engineer Alessandro Di Maio.

One of the jury members of the 48h contest was Ian Anderson, the famous frontman of the historical rock band Jethro Tull, who awarded the soundtrack of “Condoglianze” as Best Original Score of the contest, and was such a great honor for me! Then, I also had the opportunity to know him personally after its show in Rome, drinking some good wine together and talking about music.

Again, in 2015 he awarded me for the second time with the Best Original Score thanks to the soundtrack I composed for the short “Babbo vs Natale,” a Christmas comedy so much different compared with the previous short.

This time was a race against the clock because I din’t got a great deal of time to work on it, but the satisfaction of the outcome was amazing.

I would like to thank Giuseppe F. Maione, the director of the two small masterpieces, and I would also like to thank the production team of Le Bestevem for organizing this contest in Italy.

You can watch both the shorts below!