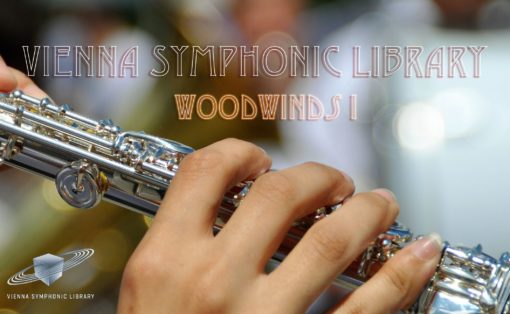 This is for me a little dream becoming real since I’ve been wishing for several years to collect the Vienna Symphonic Library which is now part of my collection of VST libraries.

I really wanted to spend a few words about this product, especially about the Woodwinds I, because there are not many info available on the web. Indeed, the purchase of this product was driven by its reputation because apart from the official demo anybody really dedicated some time to showcase the whole potential of those sounds. Here I am then!

First of all, I got to say that the VSL’s greatest strength consists of having sampled the instrument in an extremely dry way giving the opportunity to eventually assign any kind of reverb and – if needed – to change the timbre of the instrument in order to use it successfully in many different musical contexts.

Each one of the sounds has several types of ARTICULATIONS. All that you can hear in the Walkthrough has been realized with WWI (standard). The extended version can provide with a series of additional articulations though!

In the video below you’ll listen to:

In conclusion, in my opinion the VSL always keep on the finest quality compared to the most recent libraries like Berlin Woodwinds (Orchestral Tools) which is harder to handle and its sounds are provided with less overtones, and it tends to always sit behind the mix. The VSL is present like the Mini-Moog is into progressive rock music. In fact, if we close our eyes it seems like the sound source is coming from 6 ft. The only cons is that it’s not possible to make a transition between a non-vibrato to a vibrato sound because all samples have made vibrato, regardless.

I’m very satisfied with this purchase and I hope I can get the VSL Percussion and the VSL Harps soon.

In the Walkthrough I’ve only added a concert convolution reverb with no Eq, compressors or limiters at all.