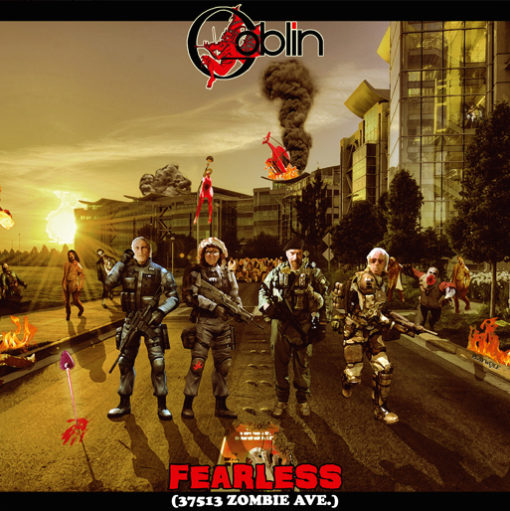 A couple of years ago, just for fun, Fabio Pignatelli (bass player) asked me: “It’s a while now that I’ve been thinking of doing an orchestral version of Suspiria, I think it could come out very interesting. Would you like to orchestrate it?”

So I started working as orchestrator on Goblin’s ‘Fearless’ without having the slightest idea it would have eventually become an album.

‘Fearless’ has been created for the 40th anniversary of “Dawn of the Dead” and “Suspiria”, two very well known soundtracks composed by Goblin. It is set up to be released on December, 20th 2018 but pre-order is already available on BackToTheFudda

Don’t let yourself get fooled by the cover, the record will give you the creeps!